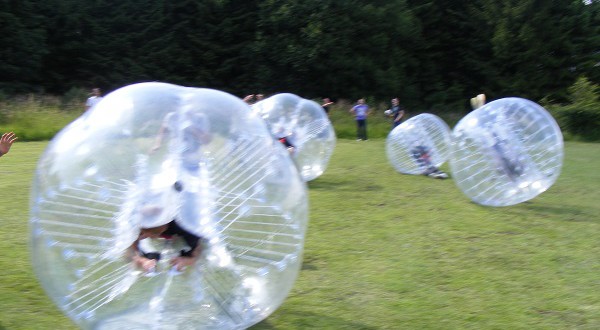 All of the normal rules of soccer apply in bubble ball soccer. The only rules that have changed are the allowing of full contact, the removal of the throw in, and that there are no goalies. As players can’t use their arms, the referee will drop the ball in between two players who charge for the ball which leads to some hilarious antics. Occasionally the referee will accidentally get caught in the fight between the two. Players occasionally kick in when balls goes out of bounds. The lack of goalies is also another chance for the players to fight in front of the goal. Essentially leading to hockey style fights between grown men who can’t use their arms. 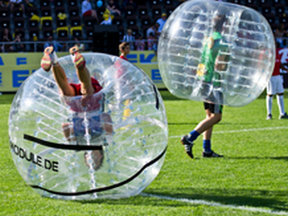 Although this game seems like it would be fun to watch, and it is, it’s even more entertaining to play. There are numerous bubble ball soccer leagues throughout the nation and most major cities have several teams that compete every few weeks. Although some of these leagues are unofficial they still are just as much fun. Bubble ball soccer makes for an interesting hobby to do on the weekends or to mess around with some of your friends. Bubble ball soccer is a wonderful way to build relationships or learn for teams to work together. Corporate events are also very common and companies often like to encourage their teams to do events like this from time to time. All it takes is a little digging and the world of bubble ball soccer can be open to you!